Anyone who asks me where I am from I answer: “From the best city in Brazil”. Sometimes this has led to some confusion with people who have never been to Brazil assuming it’s Rio –I assure you: it’s not.

Jokes and city rivalries aside, it’s no secret to anyone who knows me how passionate I am about my hometown. It’s been almost five years I left there to come to live in Europe, but there is not one single day that passes by that I don’t miss São Paulo, my true love.

Here are some of my favourite spots there, in no particular order, but all worth the visit, I promise you. 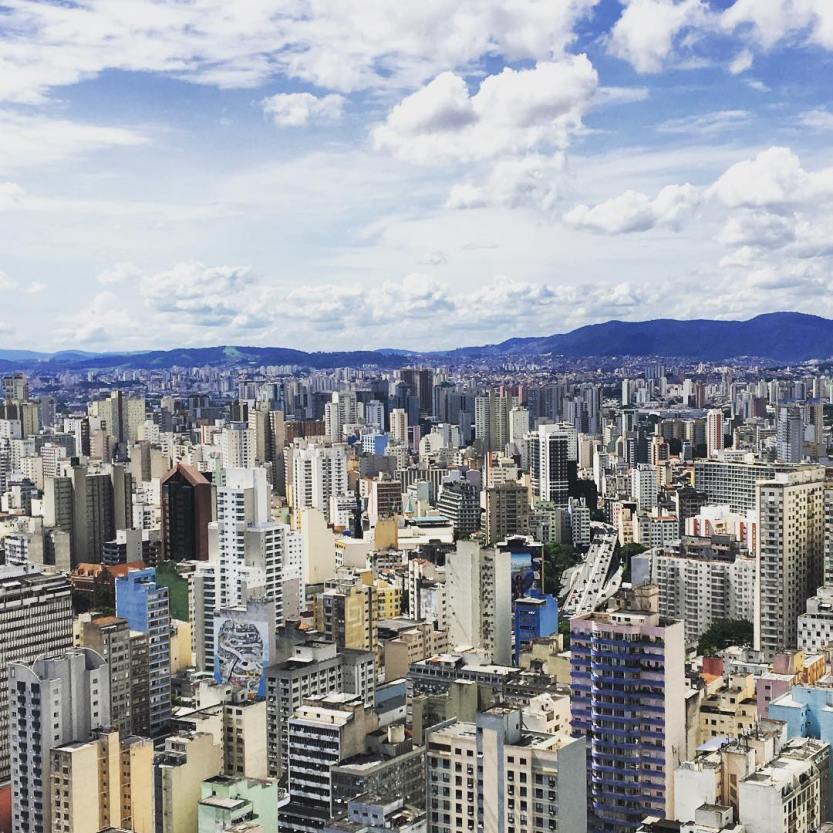 The Iconic building, designed by architect-legend Oscar Niemeyer, is 118.44-metre tall with 38 stories. It has 1.160 apartments and is one of the largest buildings in Brazil. From Monday to Friday it is possible to visit the rooftop at two different time slots –something that I, shamefully, had never done up until the beginning of this year.

The view from there is breathtaking –that’s why I decided to post a picture of the view, not the building here. You can see the city beyond its limits and all the concrete that is such an integral part of São Paulo. 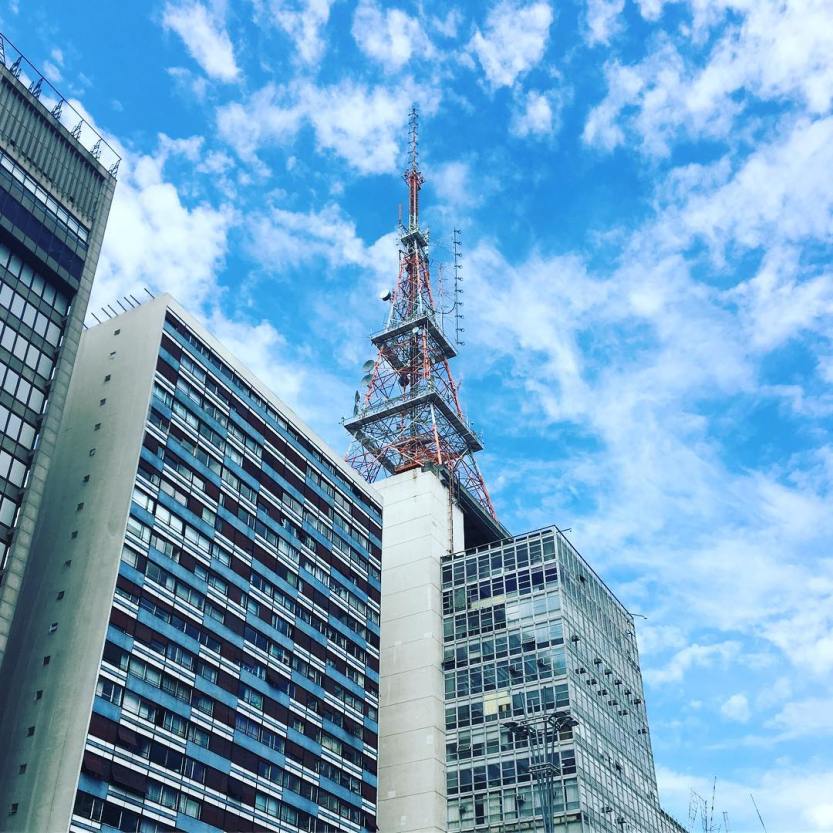 The most famous avenue in São Paulo. My relationship with this avenue evokes emotional memories, growing up a few minutes away (by car –pretty much everything in São Paulo is by car, one of the only things I do not miss). Paulista was always a landmark from my childhood throughout my teenage years and adulthood.

My Sundays, while I was in university, were spent there, with one of my best friends, walking around, people watching, going to bookshops, eating ice cream and eventually watching a movie or two. 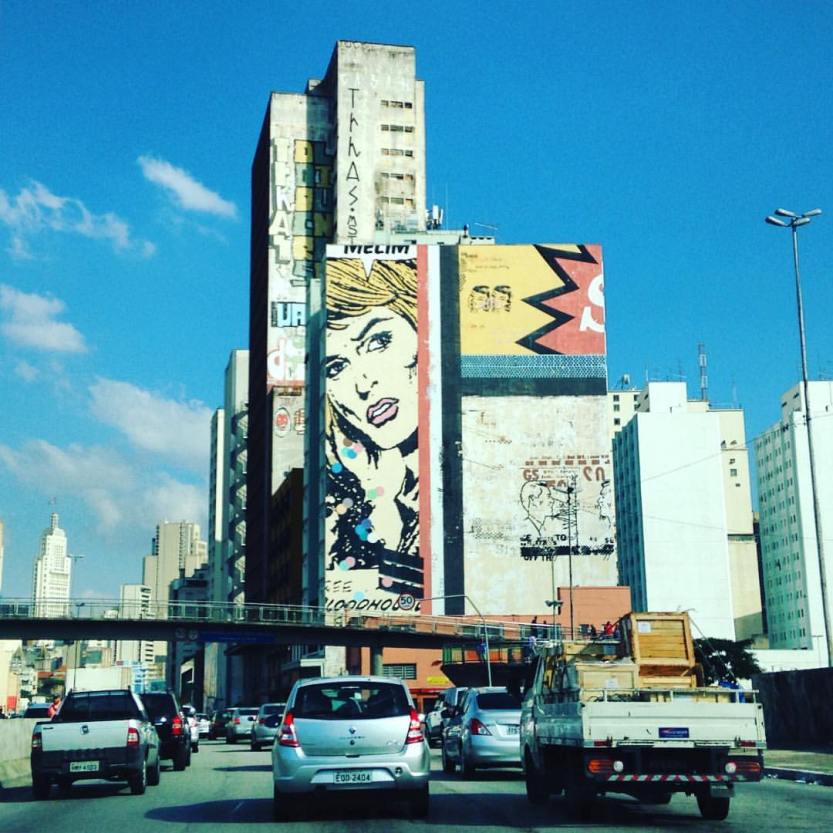 A bit generic, but another classic. A personal favourite: 25 de Março, a street filled with shops that sell everything you need and also what you don’t need and will never find a use for. 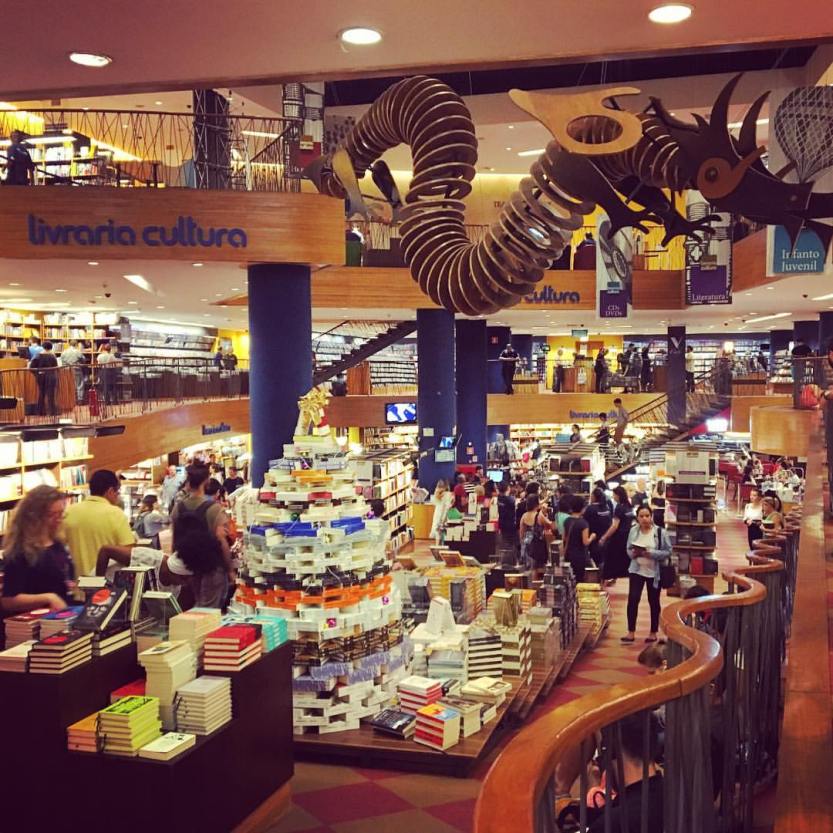 My favourite bookshop not only in São Paulo but in all of Brazil. It has several branches spread around the country, but the one that I always keep coming back to is the one at Conjunto Nacional (on, you guessed, Avenida Paulista!). This one is probably the biggest one, with a huge selection of books, vinyl and magazines to choose from. 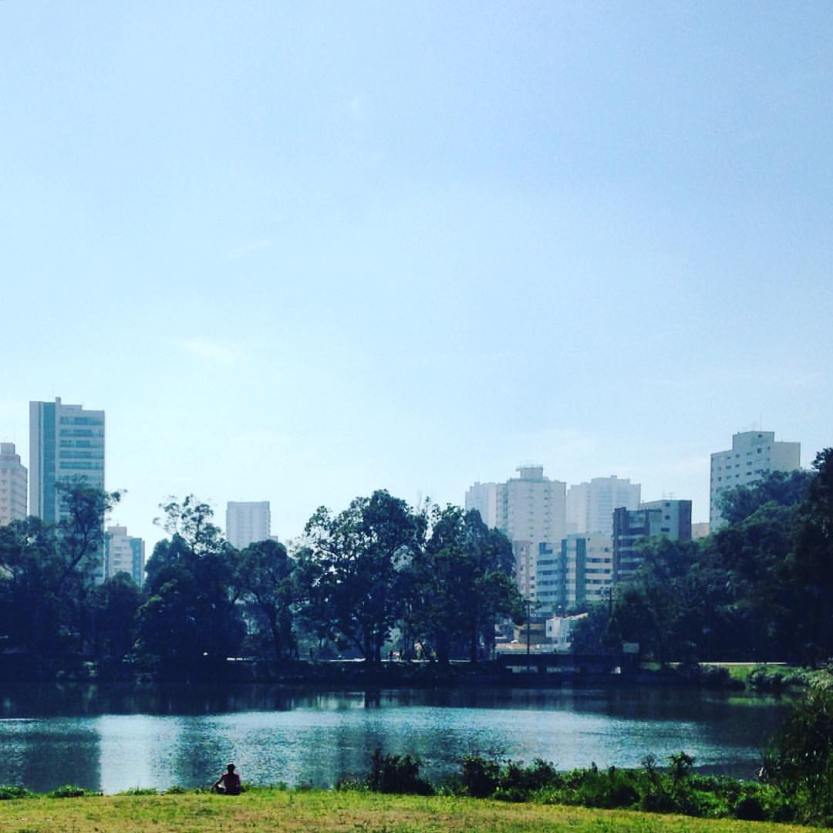 Another emotional memory. I grew up a 10-minute walk away from this amazing park. I spent my childhood there, climbing trees and feeding the ducks. It was there where I learned to skate –and also there where I decided to quit rollerblading for good.

I cannot tell how many meaningful conversations I had with friends and family there. How many times I went there to find comfort –including the one and only time I decided to run away from home when I was 12.

It is not the best park in São Paulo but, to me, it’s the most special one. 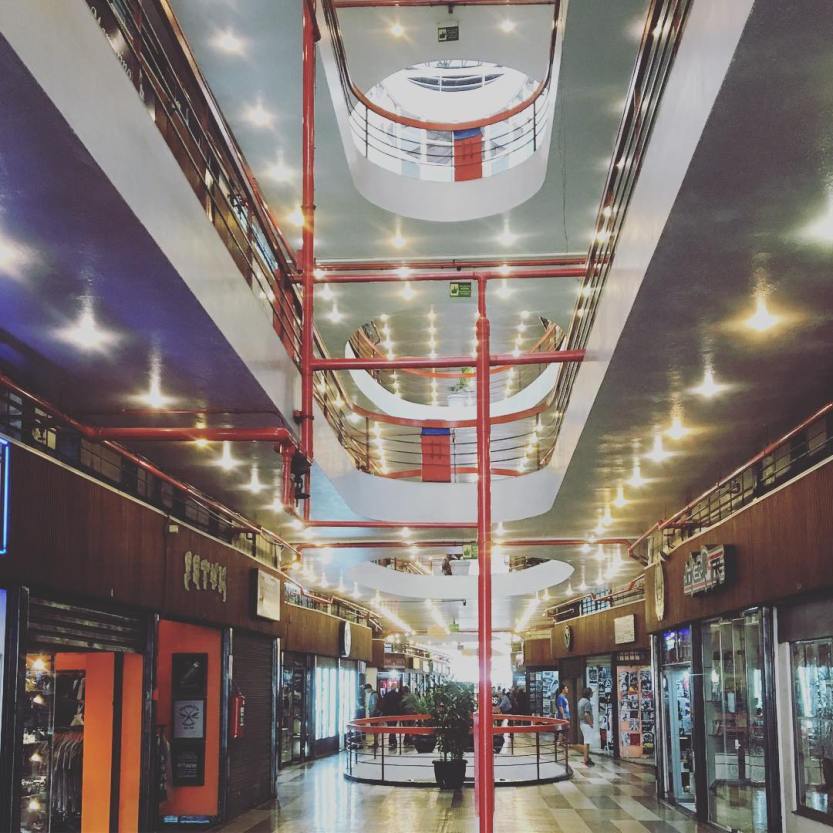 Another classic of my youth. It’s a very old gallery building in the city centre filled with record stores, clothes shops and tattoo parlours. I started going there when I was a teenager to buy records and just to be in touch with the underground culture that, at the time, was so foreign to me. I still try to go back as often as I can. 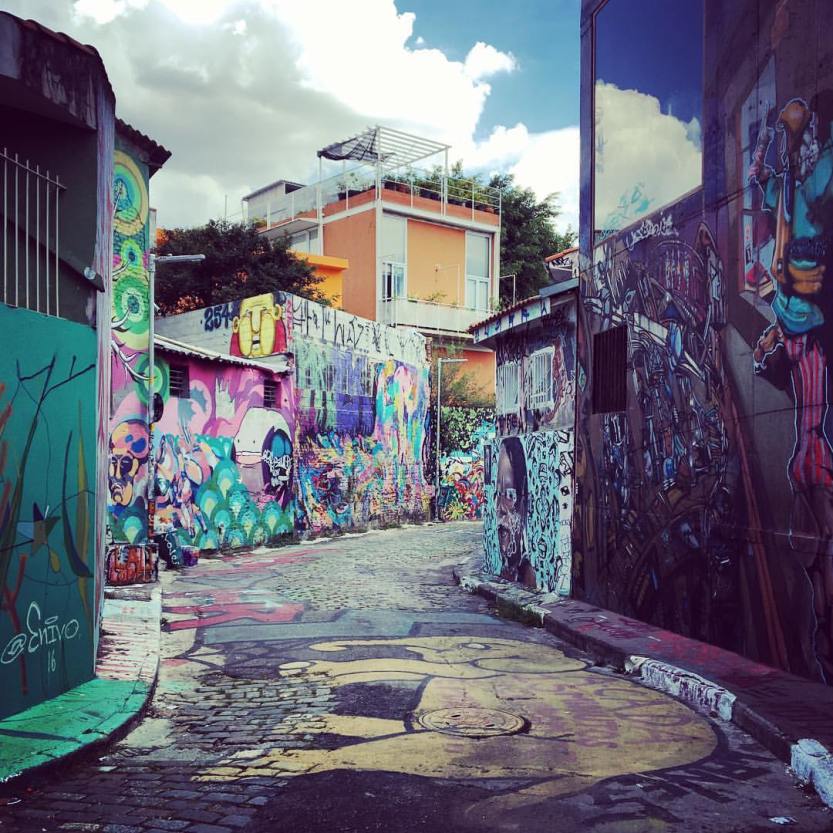 This is a very touristy kind of spot. It is mainly an alley with a bunch –and I mean A LOT– of graffiti. It is colourful and very much instagrammable (LOLS). Totally worth it to check out.

This is the São Paulo Museum of Art. Even though the kind of art it exhibits is not my cup of tea it was there where I first got in touch with art in general. The museum’s building is also an extra attraction. Designed by Lina Bo Bardi it is one of the most known buildings in the city. 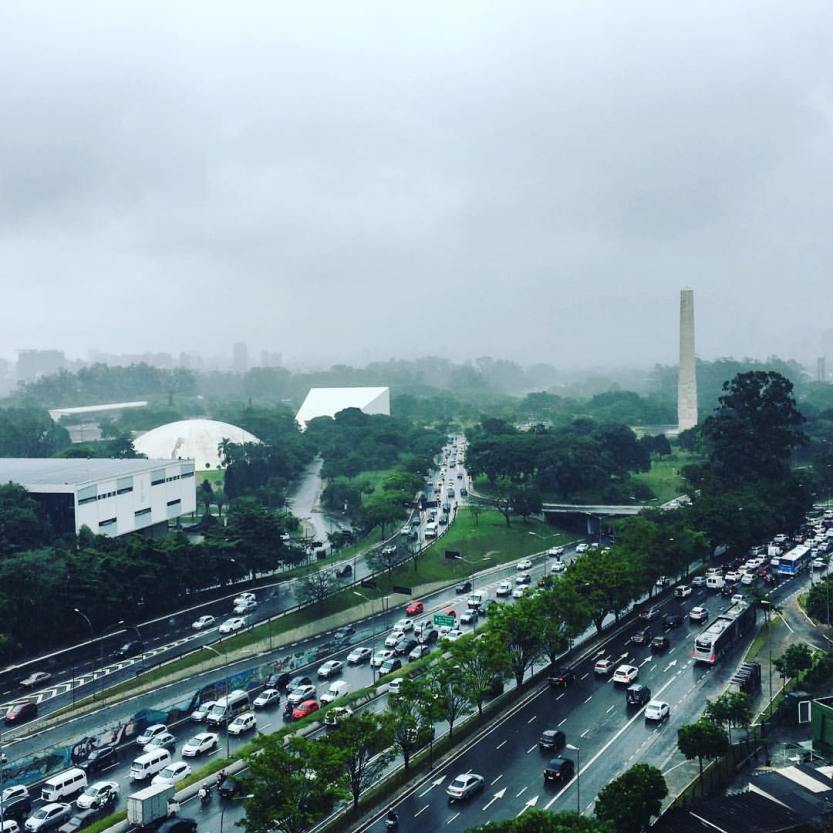 Now, this is the most famous park. It is HUGE compared to Parque da Aclimação. It has a bunch of attractions in it, such as museums, exhibition spaces, a planetarium, auditoriums –the list goes on and on. It tends to be a bit crowded, but it still offers a lovely atmosphere and places to take a break from the city life.

10) Mercado Municipal
The city’s market with shops selling fruit, vegetables, spices, meat and more. The highlight, however, goes to the bars and restaurants that serve the classic PASTEL –if you don’t know what that is I suggest you google it, it is my favourite food in this planet and one of the things I miss most about home.